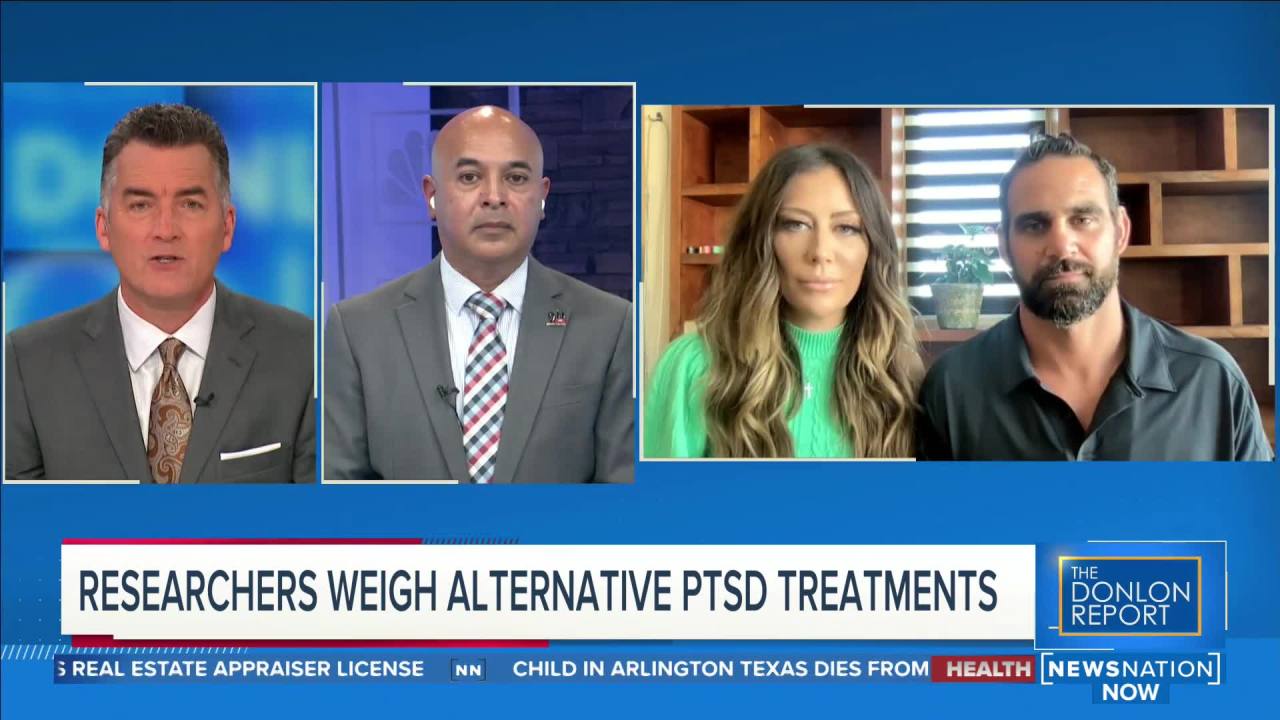 CHICAGO (NewsNation Now) — The state of Texas has approved a bill that allows clinical studies to be conducted on the effectiveness of psychedelic therapy in treating veterans with PTSD.

Marcus Capone, a veteran and advocate for the bill, joined NewsNation’s “The Donlon Report” on Wednesday to talk about his experience with the treatment.

“It’s a journey into your past, what the psychedelics do,” he said. “It allows you to revisit many of the traumas that potentially you have been locked away in your subconscious … and brings them forward.”

Capone said he tried the psychedelic mushroom after he tried a number of different drugs including Adderall and Ambien.

“Nothing had worked,” he said. That’s when Capone said he tried a psilocybin treatment. Capone’s wife, Amber, who also joined the program, said she wasn’t a huge fan of the therapy at first.

Banfield: Experts weigh in on the often misunderstood world of psychedelics

“This was completely out of my comfort zone,” she said. “But when you’re at a point where you are so desperate, you will try anything to save someone you love … you really get creative.”

Research into these types of treatments became difficult, if not impossible, following the Controlled Substances Act of the 1970s.

Now, roughly 50 years later, the stigmatization is subsiding and openness toward the potential treatments is re-emerging.

“We believe that this study will lead the way for other states and possibly the nation to try to study psychedelics and how they can help people with their mental health problems,” said Rep. Alex Dominguez (D-Texas), who crafted the bill.

Dominguez said the research behind psychedelic therapy done in other countries inspired him to move forward with the bill.

“The research that I’ve been able to find in other countries clearly indicates that psychedelic medicine can provide some relief for people who suffer from anxiety and PTSD.”

Psilocybin has also been studied and given to patients with terminal cancers — finding the treatment to be successful in limiting depression and pain with them, as well.

Overall, Capone said the decision was a game-changer.

“This just seemed like a leap of faith that … it was just life-changing.” “[It} was 10 to 12 hours of misery, but I came out other side, just whole again, ready to enjoy life.”

Texas is not the only state to study the use of psychedelics. Connecticut signed a similar bill in June of this year. Oregon voted last year to legalize the therapeutic use of psilocybin, the mushrooms’ hallucinogenic compound, as a supervised mental health treatment.