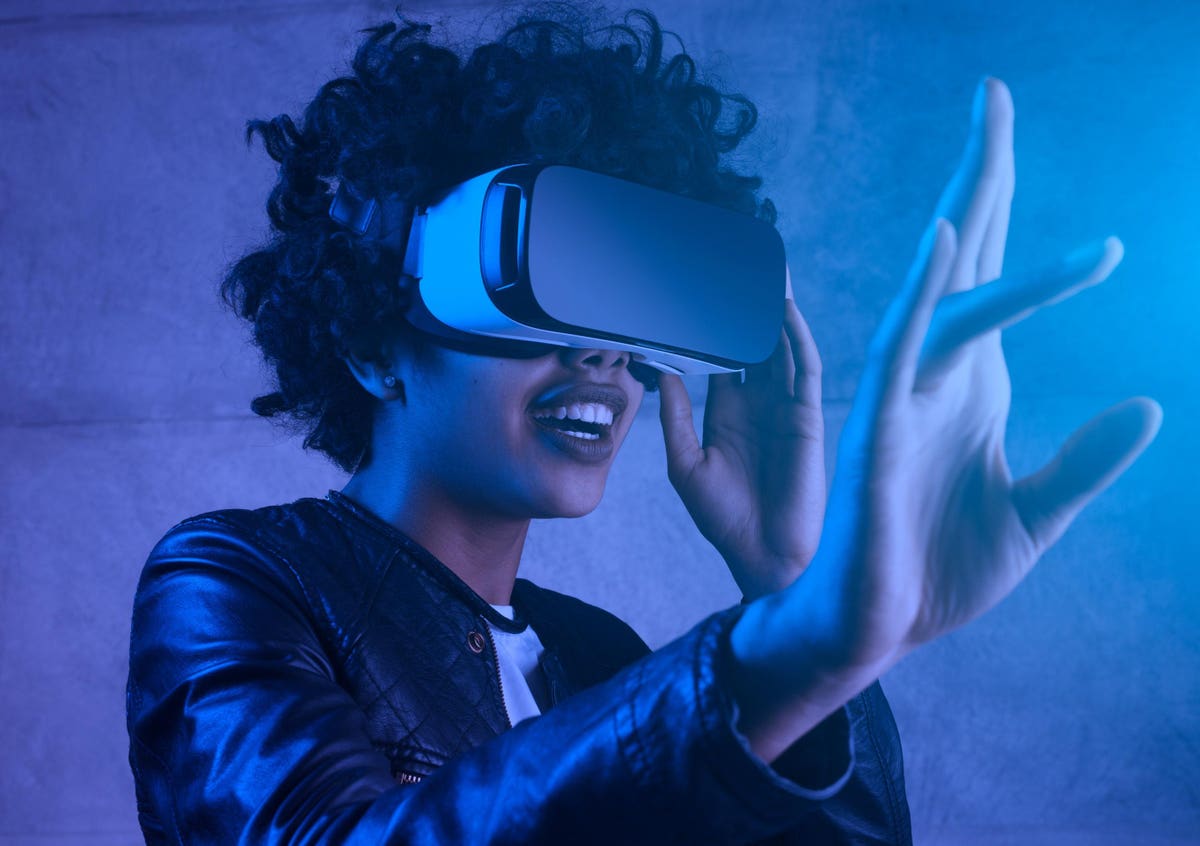 When Nanea Reeves founded Tripp four years ago, she didn’t know clinicians would take up her psychedelics-inspired virtual reality platform as part of their practice.

Now, with the acquisition of PsyAssist, the company is launching a new product offering aimed at providing researchers and clinicians with protocols that can inform the best use of virtual reality in psychedelics treatment.

“We are going to develop this new category of Tripp PsyAssist to support these clinical installations. Think of them as therapeutic support tools,” said Reeves, who’s also Tripp’s CEO, in an exclusive interview.

A VR Health Platform With A Psychedelic Twist

Tripp is the brainchild of Nanea Reeves, a tech entrepreneur with a track record in mobile and cloud gaming startups.

Reeves turned her attention to the mental wellness space after realizing that her experience in tech could be leveraged to build VR tools that can offer more benefits than mere entertainment.

“I had the good fortune of being an early investor in Oculus and through some experimentation on that platform, I could really see this very interesting effect of moving in and out of an alternate reality while you’re fully conscious,” she said.

The idea of combining the immersion of virtual reality with video game mechanics led to an exploration into the potential of VR platforms for triggering altered states of consciousness.

The company’s goal became crystallized in the question of “how can we use technology to create altered states of being?”

As it turns out, the question worked very well as a pitch to investors, and after four years of development, the company has reached over $15 million in private financing, including an $11 million Series A closed in late June.

The use of virtual and augmented reality tools directed at patients struggling with mental health conditions is not a particularly novel notion. Over the past decade, a number of companies and research institutions have been investigating how Oculus and similar platforms can be leveraged to assist the treatment of conditions like depression, anxiety, phobias and PTSD.

What makes Tripp stand out in this arena is its intention to immerse itself in the field of psychedelic medicine.

Reeves mentioned that the company drew inspiration from a paper by Giuseppe Riva from the Università Cattolica in Milan, which looked at the power of VR in triggering a state of awe.

Also described as “the perception of vastness and a need for accommodation,” awe is considered by many researchers in the field of psychedelic medicine as one of the key therapeutic elements of an experience with psychedelic drugs.

“The less ‘real world’ the experience was, the more psychedelic in nature, the more you could just kind of immerse into it and feel this connection to something that was bigger than you,”  said Reeves in reference to the Università Cattolica study. “And there was something psychologically beneficial to that.”

Reeves said her platform incorporates elements that are “psychedelic in nature” because they can trigger states of awe.

“It’s its own unique experience to be in an alternate reality while consciously, you’re in your current reality,” she added.

PsyAssist: A Tripp Around The Clinic

Up until now, Tripp’s immersion into the field of psychedelic medicine has been tangential at best.

The company’s flagship platform is able to –in the CEO’s words– “show your breath as crystals” or “make your body look like a particle explosion so that you can feel like an atomic connection” and “ascend to the cosmos.”

These virtual mimicking experiences certainly sound psychedelic from an aesthetic and conceptual point of view, but they can also seem miles away from the profound ego-dissolving, life-changing mystical experiences people assert to have under the influence of psychedelic drugs like LSD or psilocybin mushrooms.

On Friday, Tripp is announcing the purchase of PsyAssist, a start-up developing digital tools to support patients undergoing psychedelic treatment.

With the acquisition, Tripp is planning on entering the clinical space by legitimizing the therapeutic nature of its platform with hard science.

The acquired company, led by therapist Sunny Strasburg and musician/producer David Starfire, developed an app meant to support patients who are prescribed ketamine therapy for at-home use without the support of a therapist to guide them.

The two companies will now launch a new product offering called “TRIPP PsyAssist,” that will be aimed at allowing psychotherapists and patients to safely use VR, AR, and mobile experiences that support ketamine-assisted therapy, by the introduction of scientifically researched protocols.

The first product offering will be mobile-based, and the companies will work together in developing a virtual reality component to it.

Strasburg and Starfire will join Tripp as director of clinical operations and creative director, respectively. The duo will work with the Tripp team to develop their ketamine platform into virtual reality, while also developing protocols for MDMA and psilocybin treatments, which are currently undergoing late-stage clinical trials.

The companies expect their product to help patients reduce their anxiety before, during, or after treatment. They stated an opportunity to tap into an unmet market for providing support with onboarding, pre-session anxiety reduction, and post-session integration, whether in the clinic or at home.

Evolving With The Market To Cover Unmet Needs

Reeves said that after releasing the first Tripp product commercially in the Oculus market, psychedelics researchers and clinics started experimenting with the product on their own.

“They have been doing this organically already with our consumer product,” said Reeves. “We want to give them a more operational, friendly solution where the clinician can control the experience for the patient and also the content itself will target specifically to that use case.”

With this new offering, Tripp plans to give therapists clear, step-by-step guidelines on how to use the platform in a clinical setting.

“We want to support all of these alternate modes and we think that we can build a channel using our expertise from the games industry and cross-platform content distribution to really build an infrastructure and distribution channel to get these transformative experiences in the market, whether it’s clinical or direct to patient support.”

In Reeves’ words, these platforms are about “empowering the end user with supporting tools, not to replace the therapy, but to support and enhance it.”