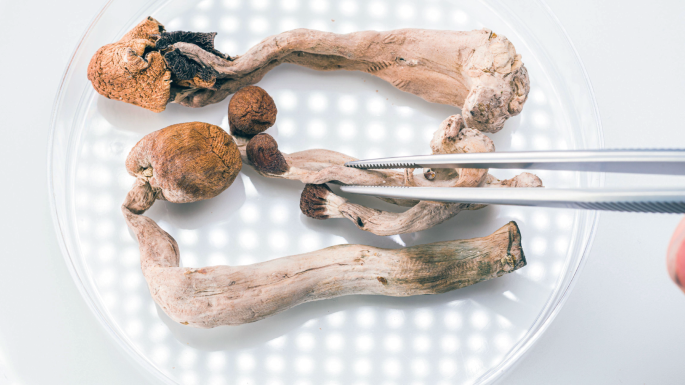 Given promising clinical-trial results, many stakeholders are attempting to patent psychedelic compounds and methods of producing and administering them.

Patents entitle their holders to exclude others from making, using or selling patented inventions for approximately 20 years13. The public-policy justification for patents rests on the theory that the right to exclude incentivizes drug development, an expensive endeavor, made riskier when other companies can copy an invention. Accordingly, companies such as the British pharmaceutical firm Compass Pathways have sought patents on psilocybin compounds and methods of treating a variety of mental-health conditions with psychedelics14. They argue that patents are necessary to protect their investments not only in drug discovery but also in commercialization, which may involve expensive clinical trials and other requirements to obtain approval from the FDA and other regulators and buy-in from the medical community15.

Others argue that patents make a small number of companies gatekeepers for the emerging psychedelics industry, which could inhibit research, stifle innovation and restrict access to needed therapies.

These concerns are not unique to psychedelics. Patents on genetic technologies, cancer therapies and other innovations have engendered similar debates17. However, some features of psychedelics, including their long and complicated history, raise unique concerns that could exacerbate pre-existing problems with patenting medical products.

Novelty and non-obviousness are two conditions for patentability. However, because psychedelics are often derived from natural products that have been used in traditional practices for centuries, psychedelic inventions may lack novelty or would have been obvious to people experienced in the field. Nevertheless, the US Patent and Trademark Office (PTO) has issued psychedelic patents of questionable validity18.

Weak psychedelic patents could potentially be invalidated in court, but that does not make them harmless, because patent holders can still wield them offensively. Defending against patent-infringement claims is expensive, and the prospect discourages action by smaller startups and non-profit research organizations, even when they are in the right.

One explanation for the issuance of problematic patents for psychedelics may be a lack of expertise at the PTO. Because psychedelics were criminalized for decades, the agency lacks personnel adept at evaluating novelty and non-obviousness in this field. To address this concern, a group called ‘Porta Sophia’ created a library of existing psychedelic technologies to help patent applicants and PTO examiners assess the novelty of inventions19.

Other potential solutions include encouraging inventors to sign patent pledges — promises not to enforce patent rights under certain conditions. During the COVID-19 pandemic, some companies took the Open COVID Pledge, promising not to enforce their rights against competitors using their technologies to address the pandemic. Impressive advancements have been seen in the psychedelics space without patents. Two leading non-profits, the Multidisciplinary Association for Psychedelic Studies and the Usona Institute, conduct clinical trials with psychedelics while eschewing patent rights.

Restricting patents on psychedelics may be necessary to promote their role in the meaningful advancement of mental healthcare. US law prohibits patents on products of nature, including human genes; abstract ideas, such as those expressed by mathematical formulas; and natural phenomena, including the laws of nature. Some might also think of psychedelics as tools of discovery that should be free to all and reserved exclusively to none. Psychiatrist Stanislav Grof once said that when psychedelics are used responsibly, they may do for psychiatry what the microscope achieved for biology and the telescope accomplished for astronomy20.