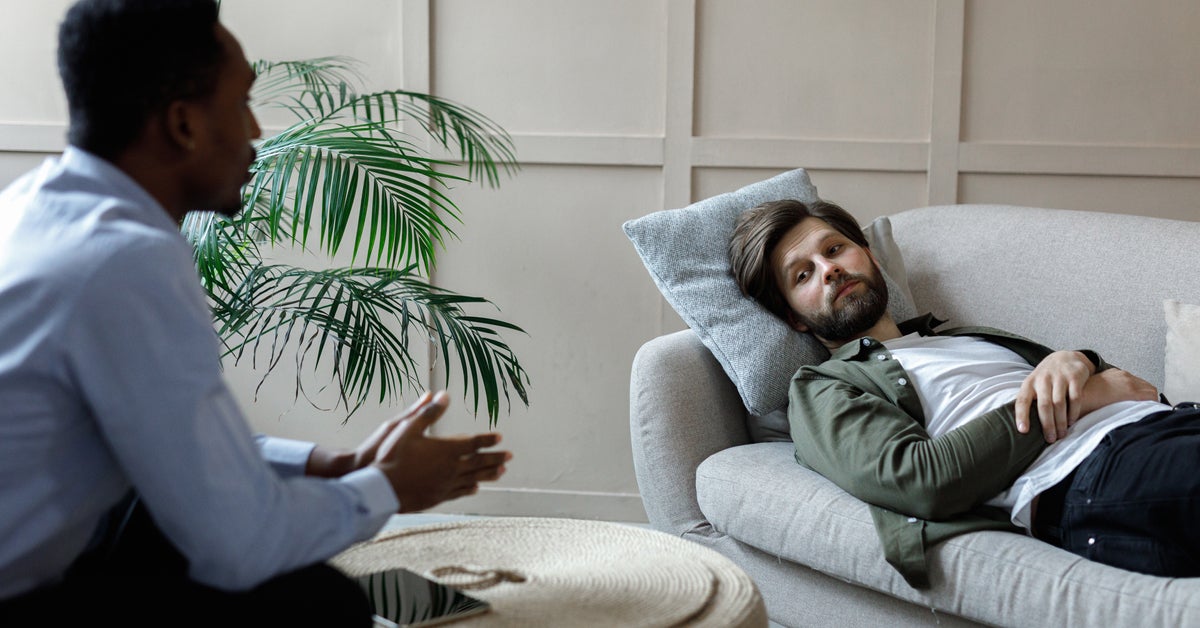 Psychedelic therapy (sometimes referred to as psychedelic-assisted psychotherapy, or PAP) is a type of psychiatric practice that involves ingesting a psychedelic substance as part of a psychotherapeutic process.

In psychedelic therapy, the use of psychedelics is typically combined with talk therapy.

A range of consciousness-altering psychedelic drugs are currently being used or researched for therapeutic purposes in both clinical and nonclinical settings.

Some are derived from plants, like psilocybin (magic mushrooms), DMT, peyote, ayahuasca, and ibogaine. Others — including ketamine, MDMA, and LSD — are chemical compounds.

While Indigenous communities have used psychedelics in therapeutic and religious settings for centuries, psychedelic therapy is relatively new in Western clinical settings.

It’s becoming more popular with increased legalization of certain psychedelic substances, a rise in mental health conditions, and a lull in psychopharmacological research.

Between the 1950s and 1970s — before former President Richard Nixon outlawed them with the Controlled Substances Act — scientists produced a breadth of evidence both verifying and pointing toward the therapeutic potential of psychedelic therapy to treat:

In recent years, renewed interest and investment have fueled additional research, much of which is ongoing.

Here’s a look at the potential uses of various psychedelics.

Ketamine is the most-studied psychedelic drug for mental health therapy.

In low doses, it has shown to be beneficial in numerous trials exploring its potential to treat depression, but its effects are short-lived.

For people with severe depression, for example, research shows significant improvement after treatment, and results last about 6 to 8 weeks, on average.

These findings have led to the development of a drug called Spravato. It’s a nasal spray that delivers the active ketamine ingredient. However, intravenous ketamine administration is considered to be more effective and less expensive.

Multiple phase 2 clinical trials — which are done to discern whether a treatment works — suggest that MDMA can treat PTSD symptoms for up to 4 years.

Among 90 participants with severe PTSD, 67 percent no longer qualified for a PTSD diagnosis after three treatments, and 88 percent had reduced symptoms of PTSD.

The trial sponsor, the Multidisciplinary Association for Psychedelic Studies, says the results could make way for Food and Drug Administration (FDA) approval by 2023.

Psilocybin, the main compound in magic mushrooms, has shown positive results in treating depression and anxiety in people living with terminal illnesses.

Experts believe it could also help with obsessive-compulsive disorder, addiction, and treatment-resistant depression, but more research is needed.

LSD, a long lasting, potent psychedelic that’s considered to be the prototype for therapeutic psychedelics, has been shown to help with both alcohol use disorder and anxiety in people living with terminal illnesses.

At this stage, clinicians are still evaluating the effectiveness of their treatments, so exact dosing, number of treatments needed, and the approach to psychedelic therapy will vary depending on who is guiding you.

That said, most psychedelic therapy in clinical settings is conducted via three stages:

The first step is usually a preparatory consultation to ensure that you don’t have any contraindications to the treatment. This is also a good opportunity to discuss your personal background and any goals or concerns you have around psychedelic therapy.

The second phase involves ingesting, either orally or via injection, the psychedelic substance under the supervision of a trained therapist.

There are usually multiple sessions, depending on the type of psychedelic and the treatment plan. For example:

The final phase is the integration process, when the therapist and client work together to integrate meaning from the psychedelic experiences.

Some experts have expressed concerns at the rise of self-medicating, particularly after the 2020 Global Drug Survey showed an increase in the number of people who say they are self-treating various mental health concerns with psychedelics.

Many of these concerns stem from the potential contamination of substances that don’t come for a lab-tested source, along with the lack of medical supervision.

MDMA can sometimes cause short-term high blood pressure, increased heart rate, and elevated body temperature, but these effects typically go away after use.

That said, psychedelics have been linked to an increased risk of psychosis in people with psychotic disorders or a predisposition to them.

There’s also the risk, particularly with LSD use, of hallucinogen persisting perception disorder (HPPD). This is a rare condition involving intense flashbacks and hallucinations. However, experts note that this appears to be more common when using substances without medical supervision.

There are a few concerns about ibogaine, including a possible link to potentially fatal cardiac arrhythmias. As a result, it’s been limited to observational trials so far with a focus on treating opioid addiction.

There’s a lot of excitement around the potential of psychedelic therapies. As a result, a lot of new therapists, gurus, international retreats, and clinics are opening up.

If you’re interested in participating in a psychedelic-assisted treatment in a clinical setting supported by an expert, a good place to start is the database of accredited therapists maintained by the Multidisciplinary Association for Psychedelic Studies.

The association also welcomes questions or concerns about psychedelic-assisted therapy, and can make recommendations to help guide you.

Whether it’s a clinical setting or a retreat, it’s important to understand that ingesting psychedelic substances alters consciousness and can make you vulnerable to suggestion.

As a result, some participants in studies or treatments have alleged unethical and sometimes even criminal behavior. Read reviews, evaluate accreditation, and consider how you might ensure accountability should anything go awry during or after treatment.

There’s still a lot to learn about the potential of psychedelic therapy, but the existing research is promising, particularly for those with severe PTSD.

Because of this, advocates and lobbyists are working to decriminalize some psychedelic substances to improve access and research opportunities. Stay tuned, because these treatment options are evolving each week.

Kate Robertson is a Toronto-based editor and writer who has focused on drugs, primarily cannabis, since 2017. She has been published in The Guardian, Maclean’s magazine, the Globe and Mail, Leafly, and more. Find her at @katierowboat.