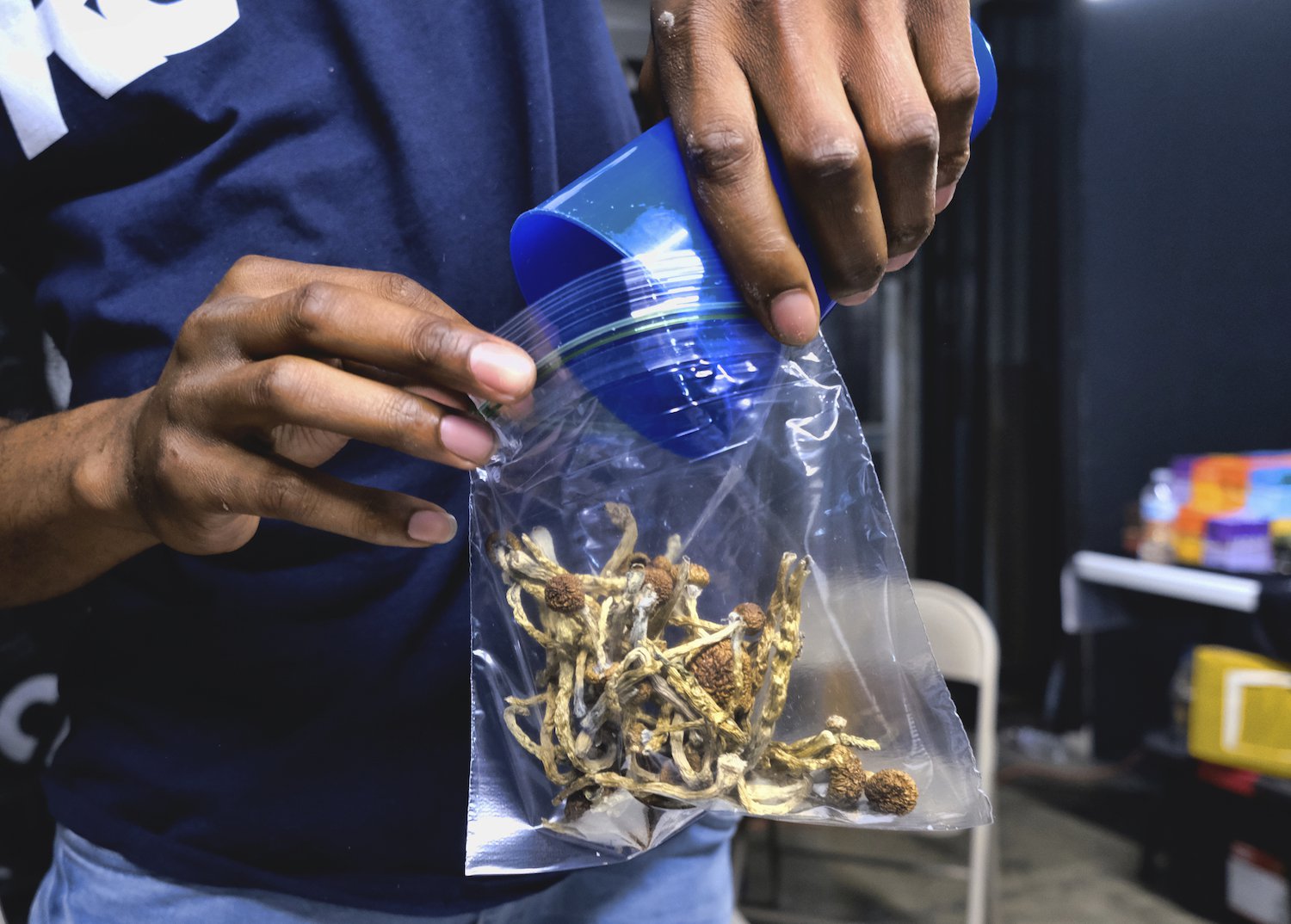 While the substances Wiener wants to decriminalize and destigmatize are placed by the U.S. Drug Enforcement Agency in the same regulatory category as heroin and marijuana, other federal agencies are taking a more welcoming view when it comes to some hallucinogens.

In 2019, the Federal Drug Administration designated psilocybin as a breakthrough therapy — an action meant to boost the development and review process for new drugs intended to treat serious conditions. The FDA points to preliminary evidence the currently banned mushrooms can help the estimated 17 million Americans experiencing severe depression.

The designation was granted to the nonprofit Usona Institute, which is currently conducting trials involving one-dose treatments for people with major depressive disorder.

Meanwhile, some states and cities are taking a more rapid approach as public opinion of hallucinogens and psychedelics continues to do a 180.

Oregonians voted in 2020 to decriminalize personal use of hallucinogens and all other substances, while cities including Oakland, Santa Cruz and Washington have decriminalized psychedelic mushrooms. Advocates also want to take the issue directly to California voters through a proposed ballot measure that would allow residents to grow, sell and possess magic mushrooms. A similar effort stalled in 2020 when the pandemic quashed in-person signature gathering efforts.

Aside from decriminalization, SB 519 would expunge criminal records for people convicted of possession or use of the hallucinogens. Backers say the War on Drugs perpetuated draconian notions about the drugs researchers now believe could be beneficial if used properly, and as a result prior convictions should be erased.

“SB 519 is a step toward dismantling the failed and racist War on Drugs, because locking people up for drug use doesn’t work,” Wiener claimed.

Jose Martinez, a U.S. Army veteran and triple amputee, told the committee he became addicted to prescription opiates following his injuries but eventually psilocybin helped turn his life around. Martinez, who lost both his legs and an arm from an IED explosion in Afghanistan, is now a Paralympic surfer and husband.

“Gracefully [psilocybin] has changed my life,” Martinez said. “I’ve been able to help out a lot of veterans find their own treatment and we’ve been able to get them off addiction.”

The committee ultimately voted 4-1 to advance SB 519 to the Senate Health Committee, but not before hearing opposition from law enforcement groups.

A lobbyist for the California College and University Police Chiefs Association said he was worried about the potential for “unmitigated social sharing” and subsequent overdoses among college students.

In an opposition letter, the Peace Officers’ Research Association of California warned decriminalization will only lead to “greater crime and arrests”.

“As we have seen so many times, it is often the most vulnerable populations, and those who have the weakest support systems, that will be most susceptible to the increased access and use of drugs,” the letter states.

Before reaching Governor Gavin Newsom’s desk, SB 519 must still clear the Senate and then the Assembly later this summer.

There are more than 100 injection sites throughout the world, but litigation has held up the opening of sites in interested U.S. cities including San Francisco and Philadelphia. Similar versions of the bill have failed in the California Legislature or been vetoed.

Wiener said the intent is to combat overdoses and public drug use, both of which have skyrocketed during the pandemic.